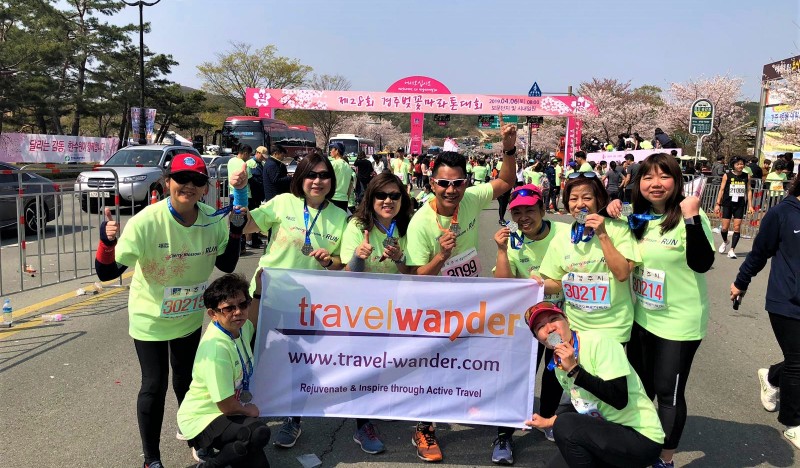 When it comes to sakura or cherry blossom, Japan immediately springs to the mind of many. Not knowingly its neighbour, South Korea is beginning to gain reputation for cherry blossom viewing in the recent years and at a much more affordable travel budget. 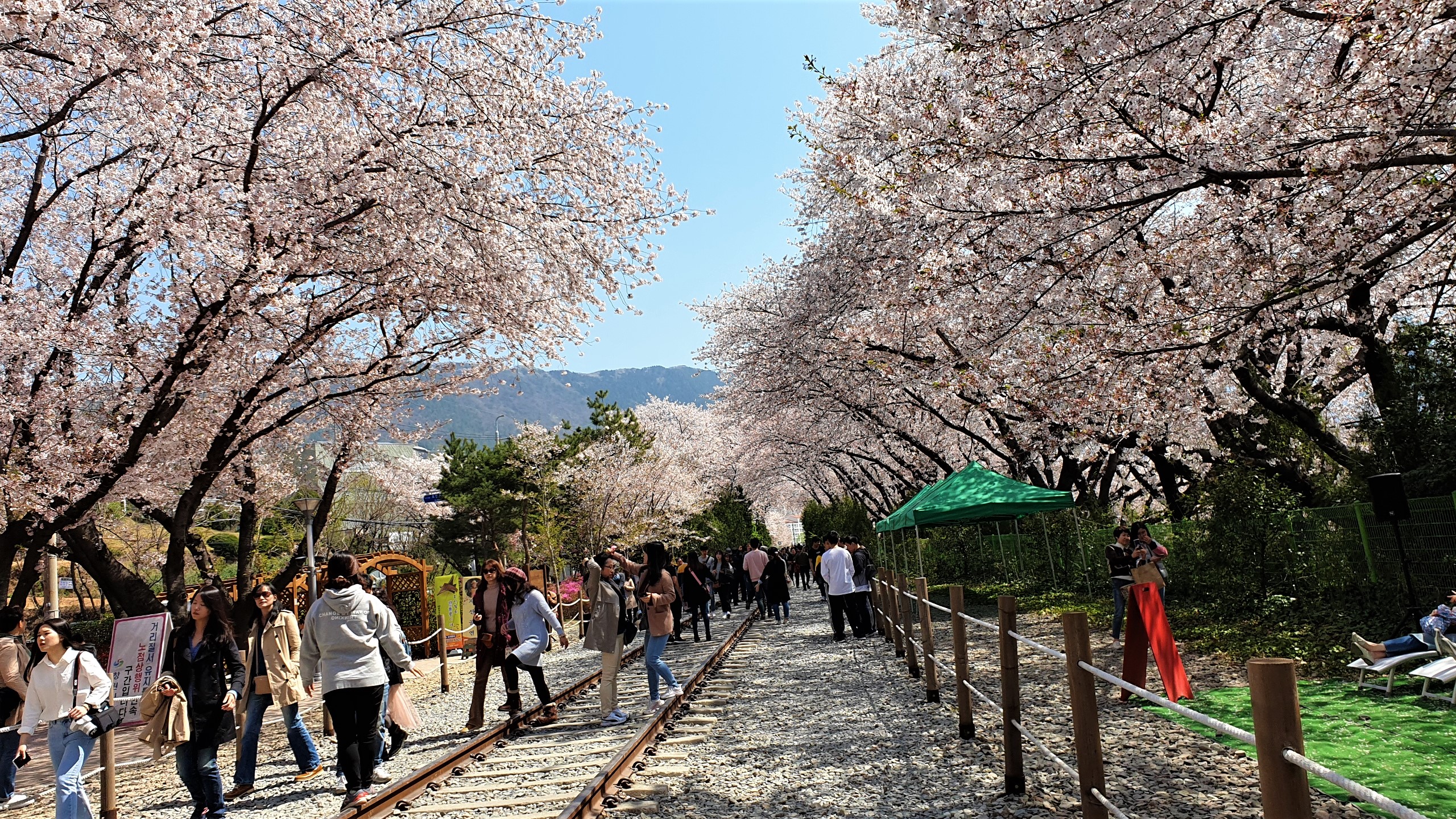 I first came across seeing these legendary flowers (in my personal opinion) last year when I was in Seoul for some cycling. The sight is enough to amaze me then but nothing beats what I experienced this April in the south eastern part of South Korea.

I was facilitating a run-cation with a group of our running members who signed up with us to take part in the annual Gyeongju Cherry Blossom Marathon. We were very lucky as the flowers were almost in full bloom when we arrived.

We visited Jinhae – a district in Changwon City and famous for its annual cherry blossom festival. Lots of people were there with us to see the flowers. 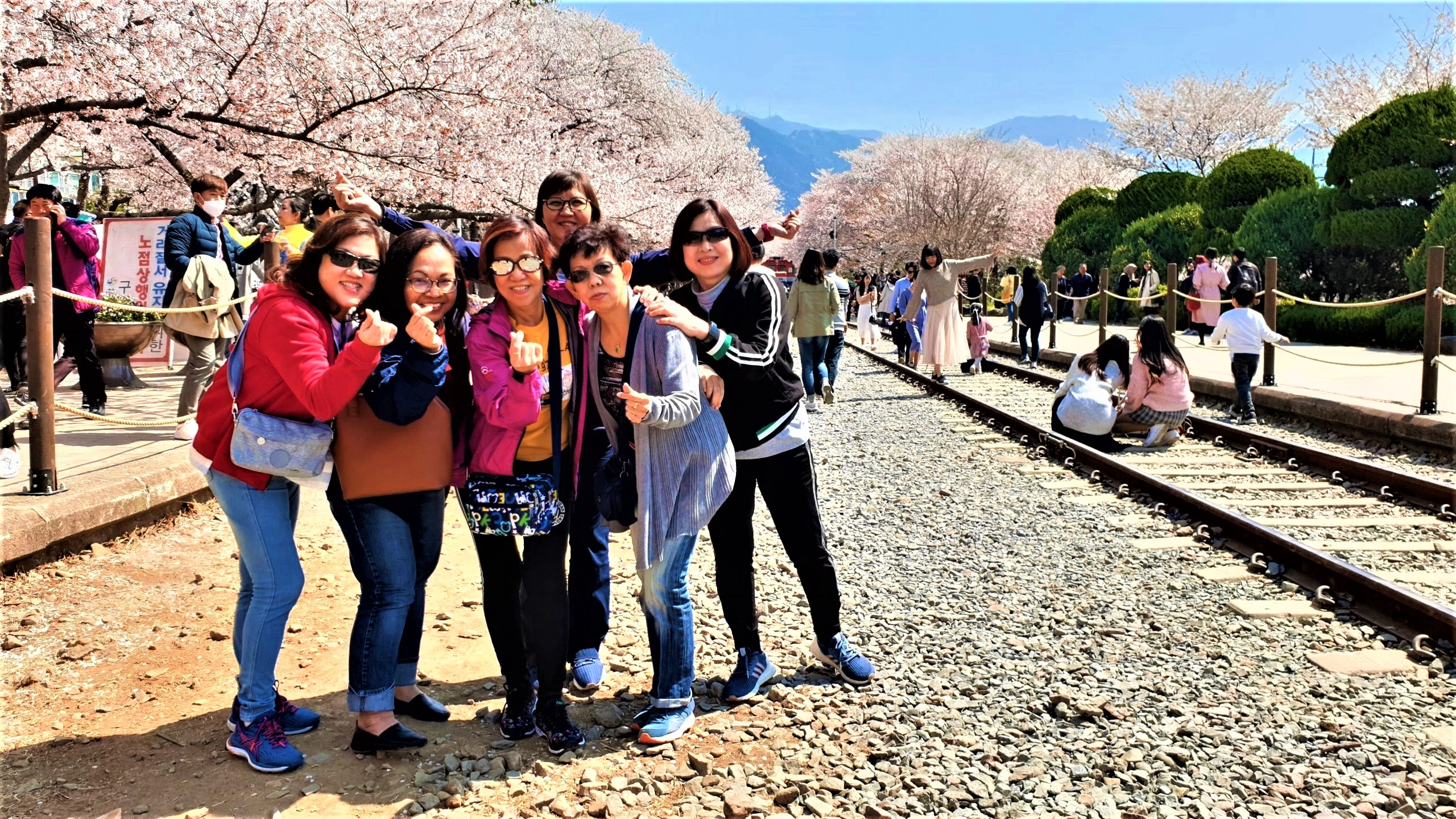 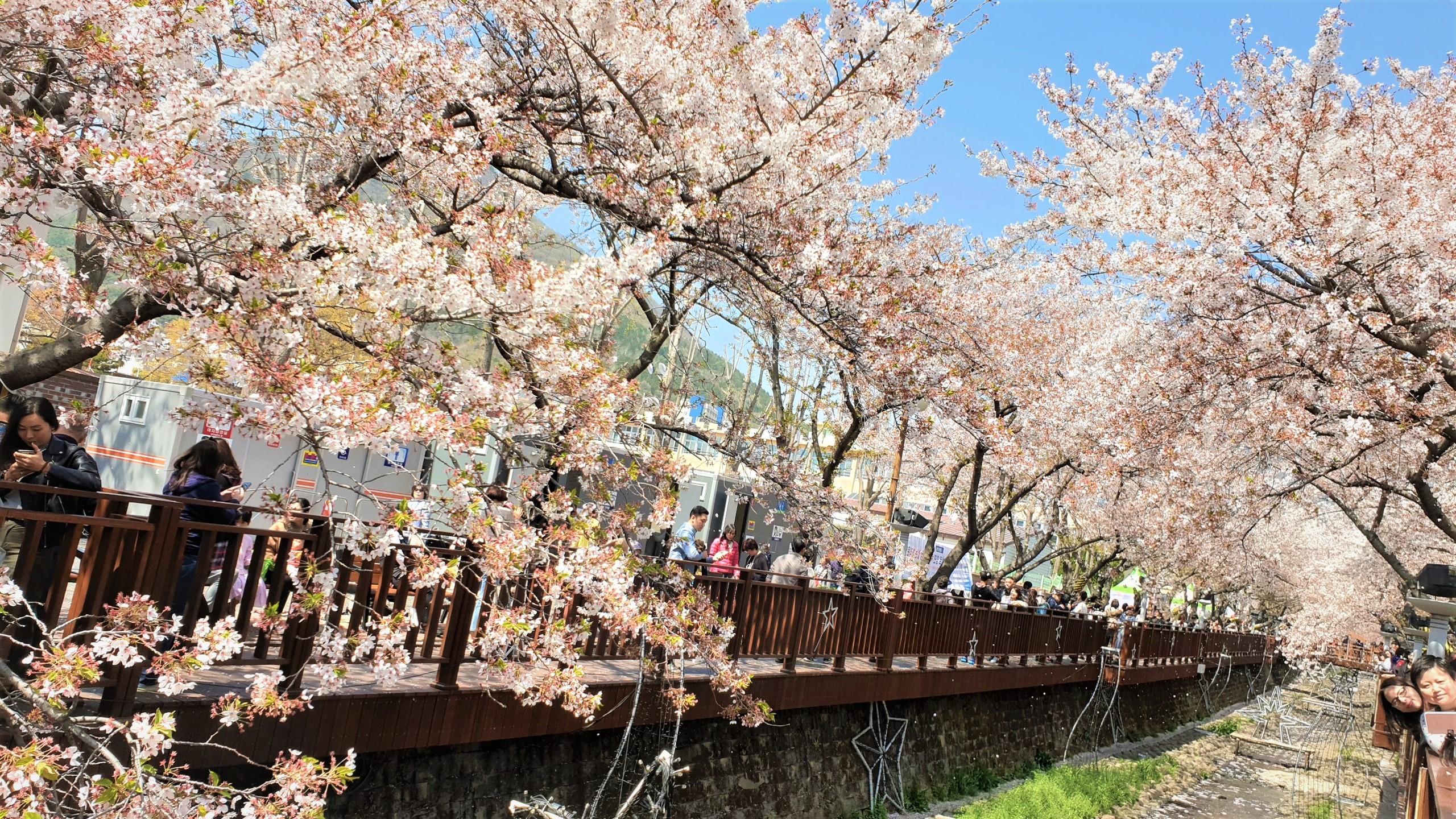 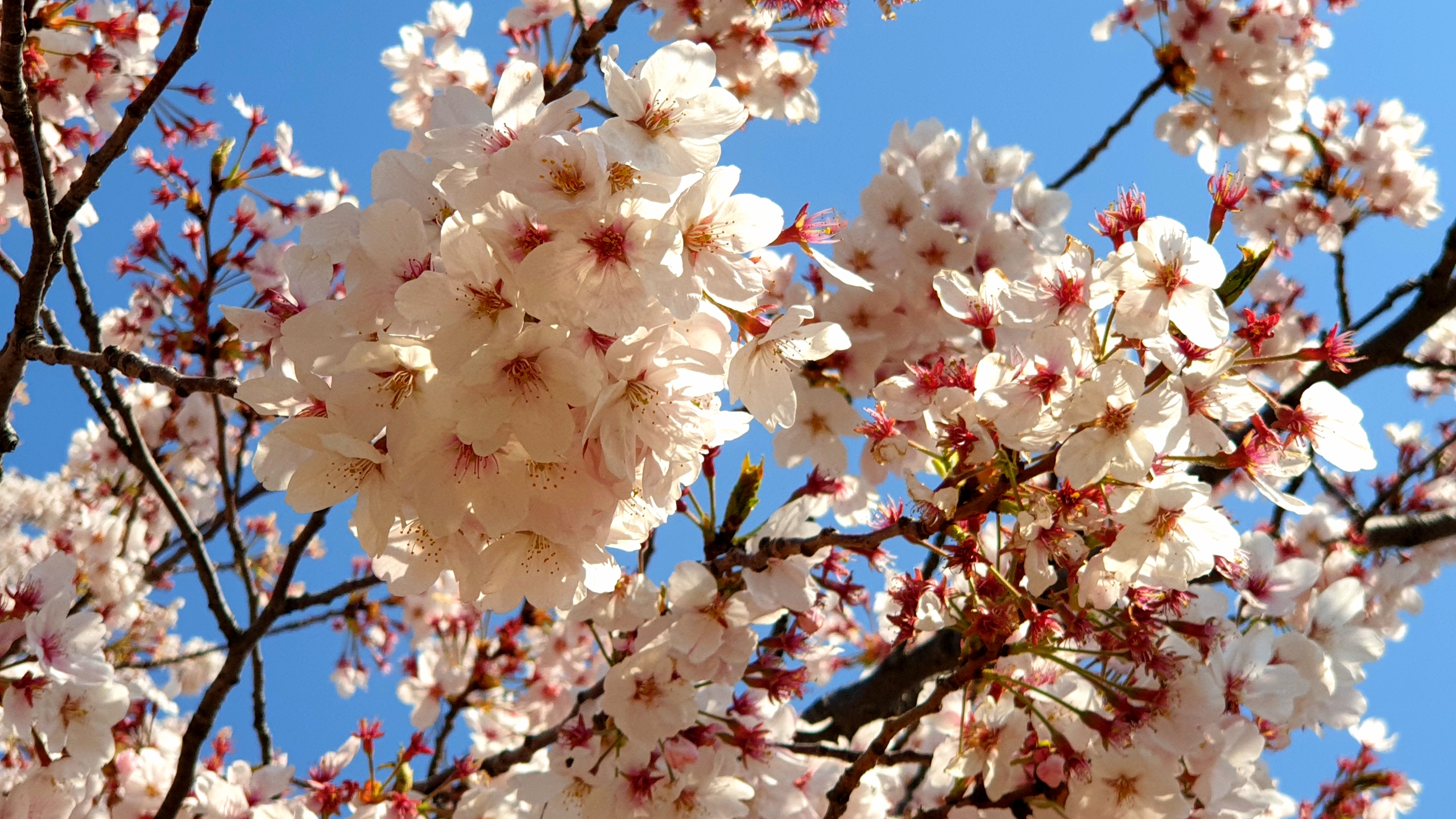 While these sights in behold was enough to intrigue me, I didn’t realise what was waiting for me ahead in Gyeongju was such a memorable experience to is going to last for a long while. Gyeongju was the ancient capital of Silla and ruled two thirds of the Korean Peninsula at its peak between the 7th and 9th century for close to a thousand years. There are plenty of historical sites which we visited some of the famous ones. 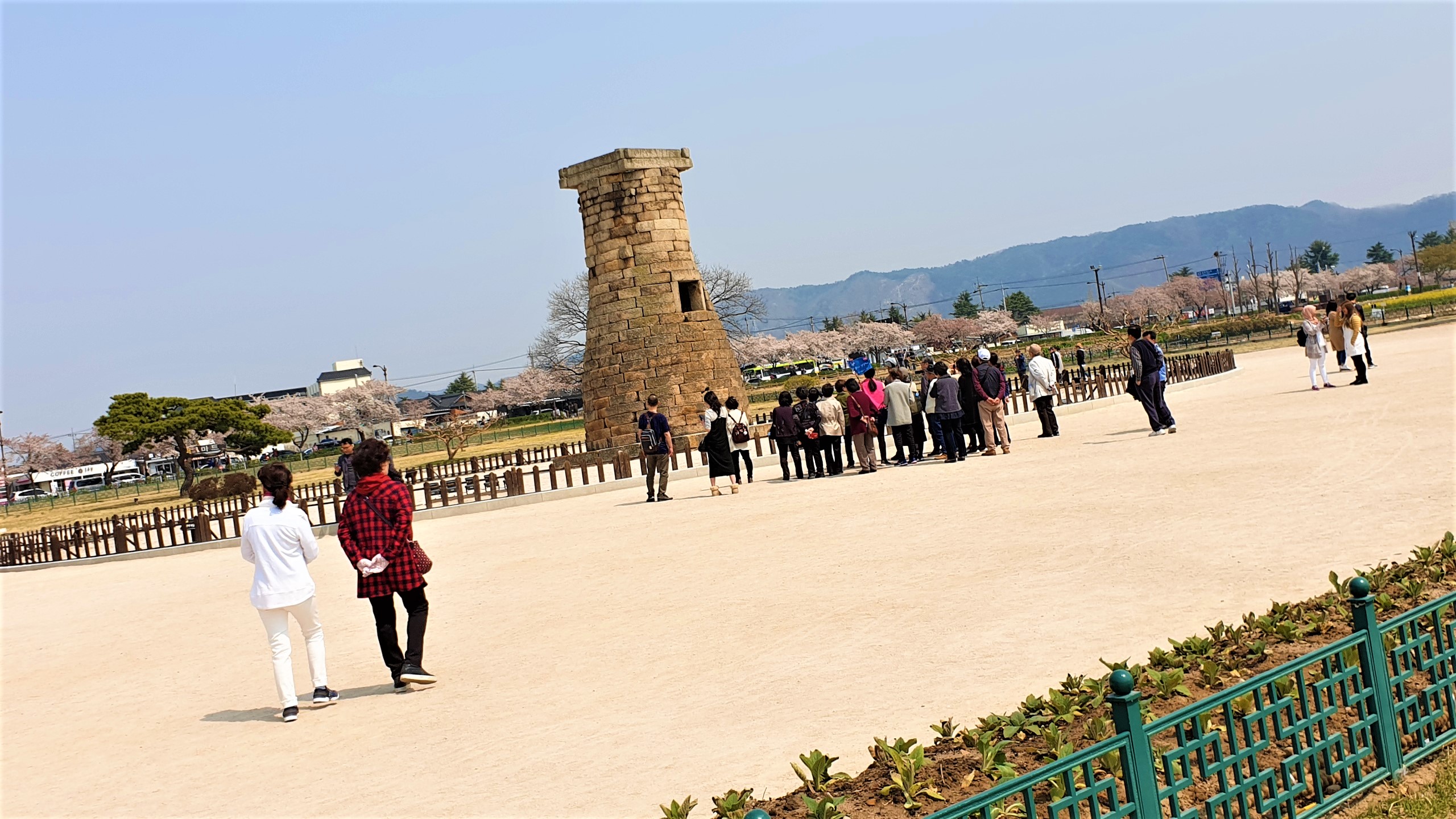 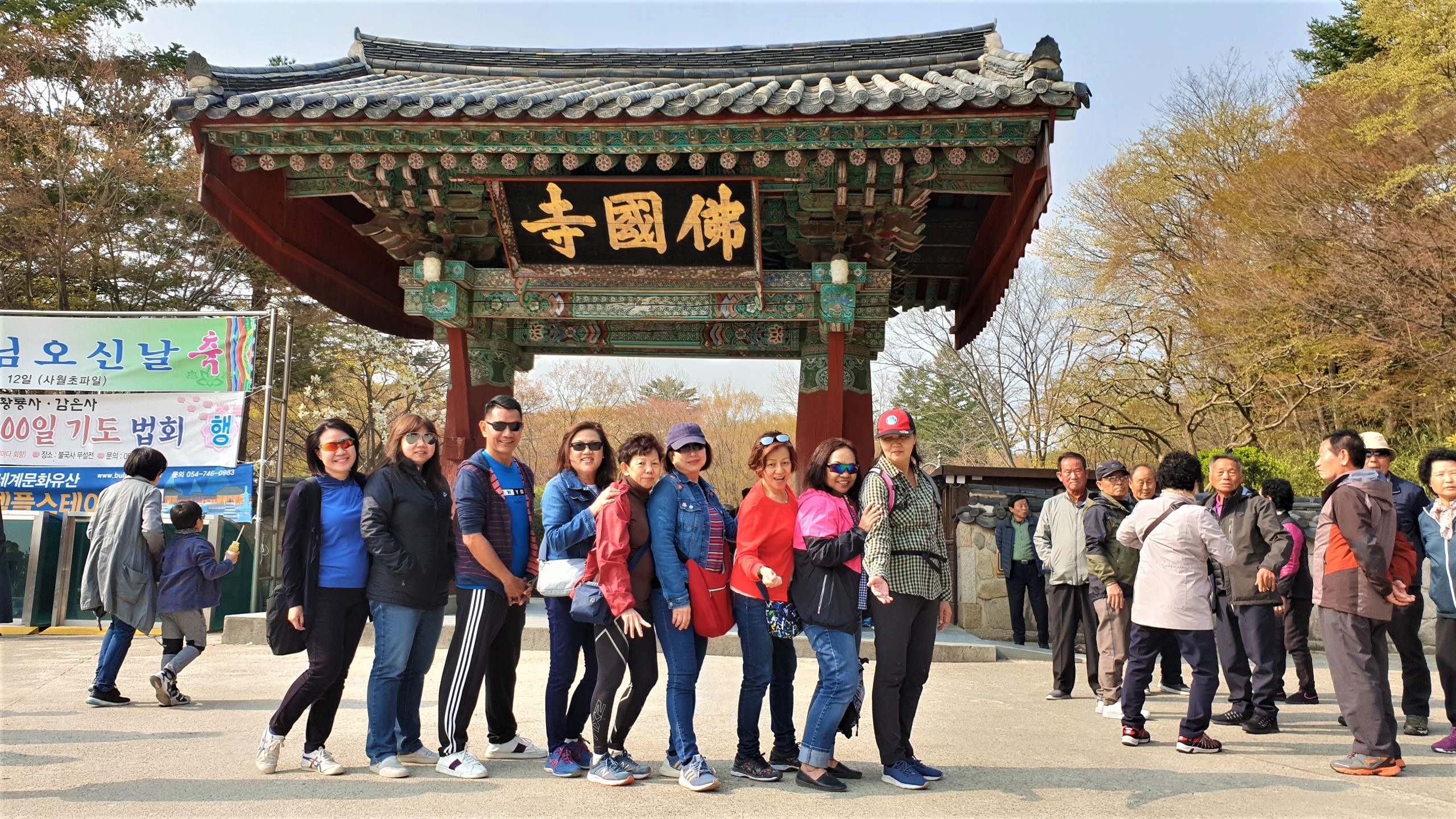 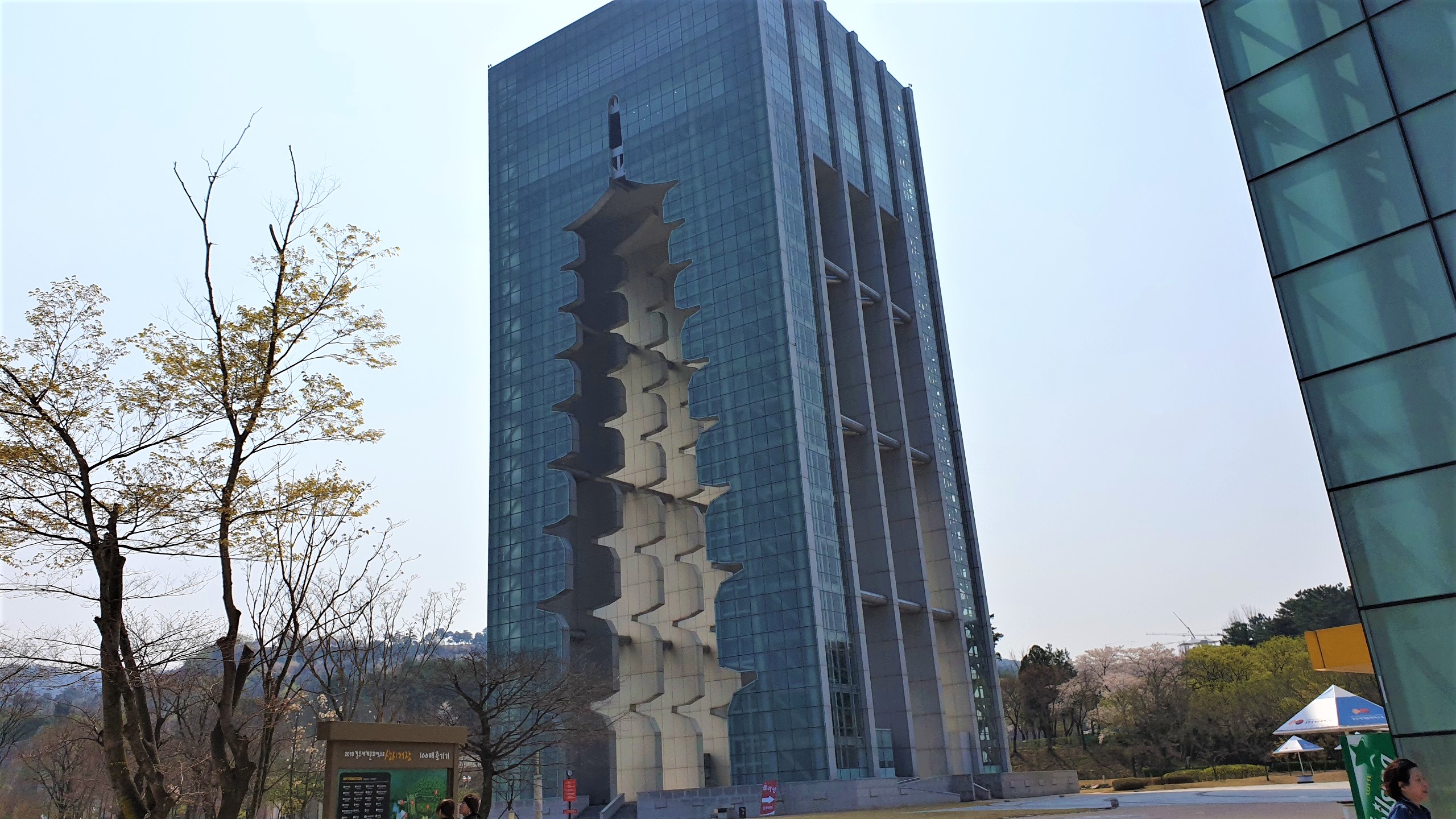 In order to get accustomed to the weather and temperature in preparation for the actual run, we went on a morning run/jog by Bomun Lake which is part of the running route. It was still early and there hardly any visitors like the evening before. I was simply mesmerised by the pretty sight as I ran and admired the lovely cherry blossom trees lined along the park. 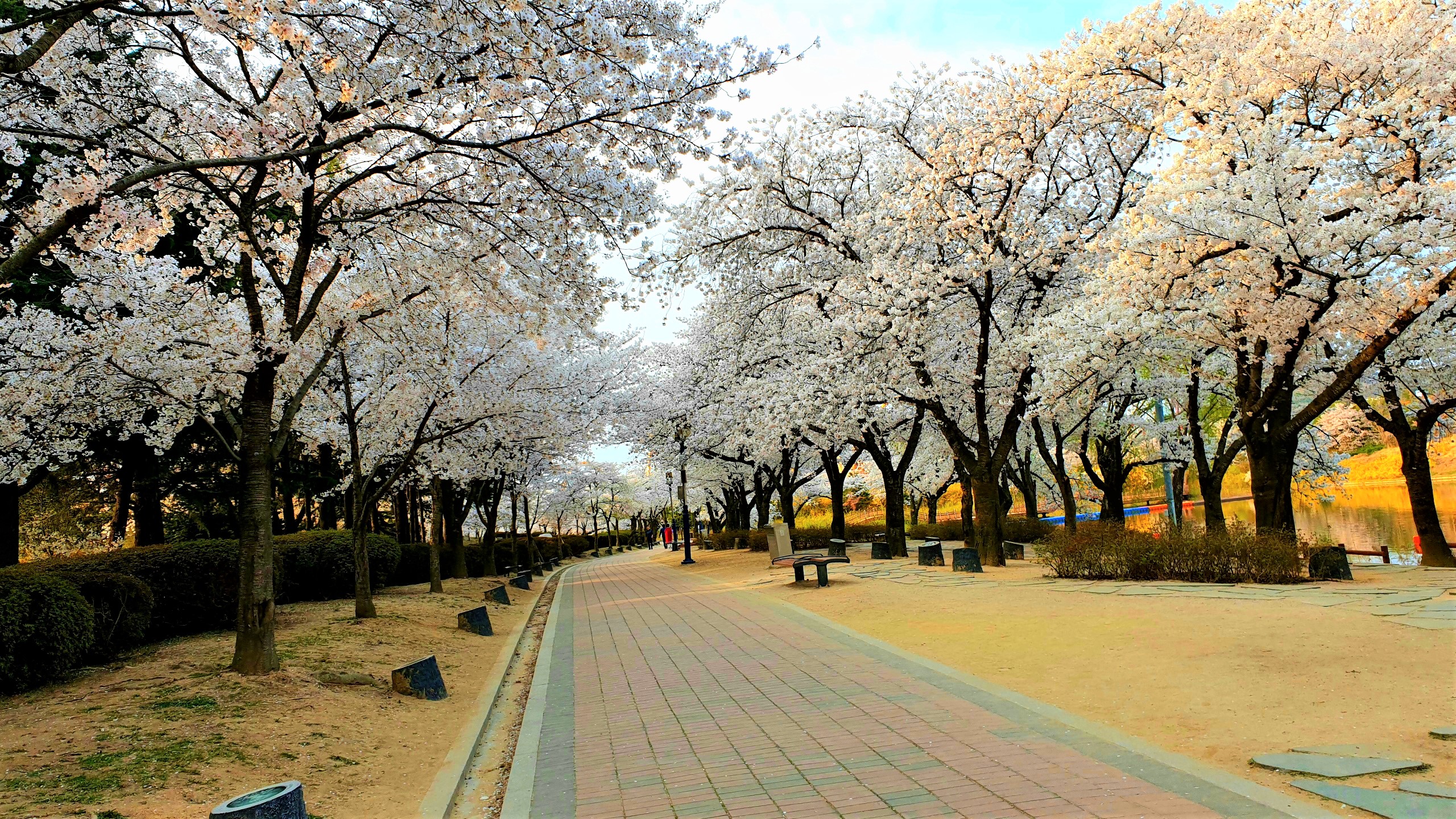 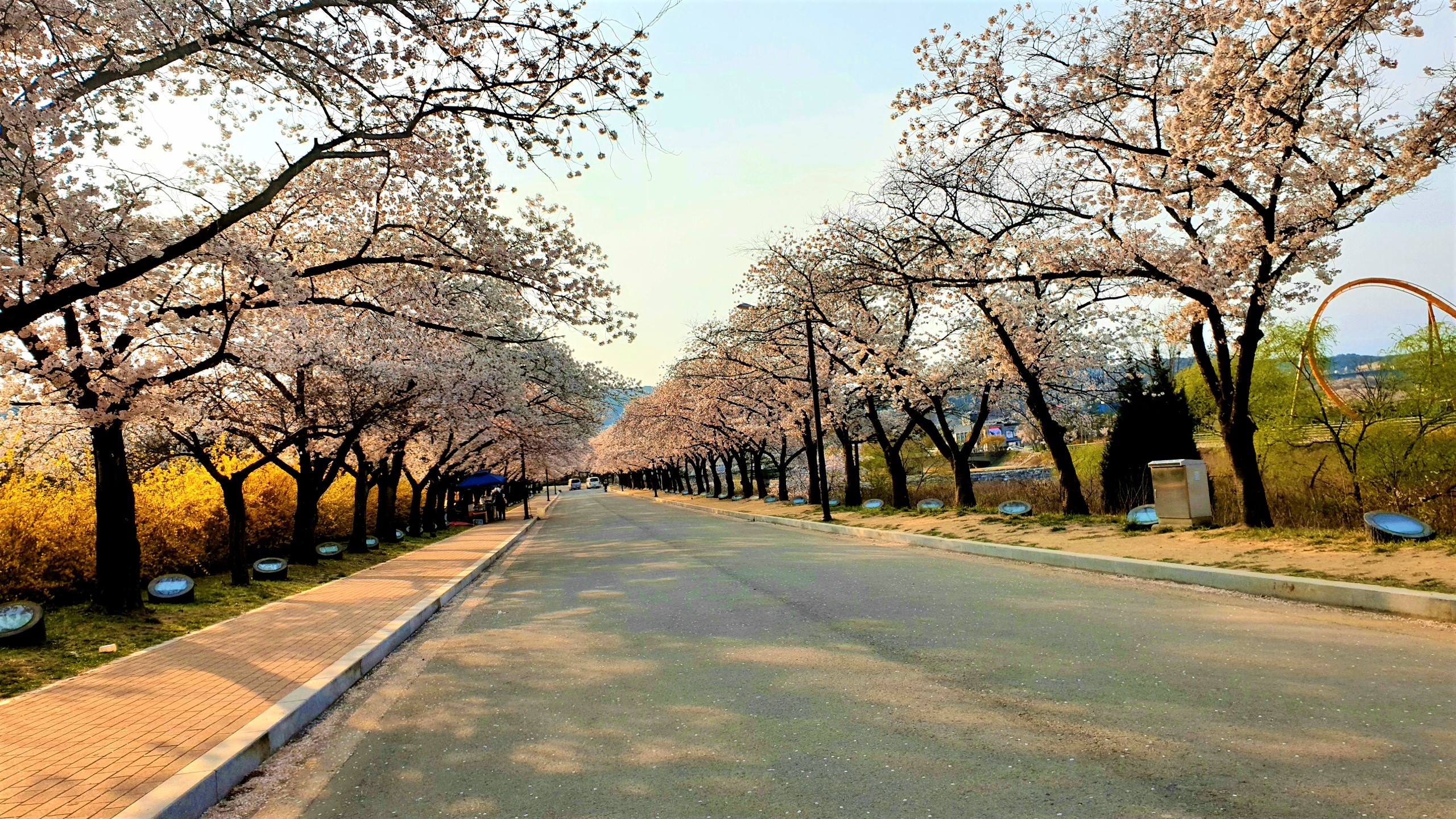 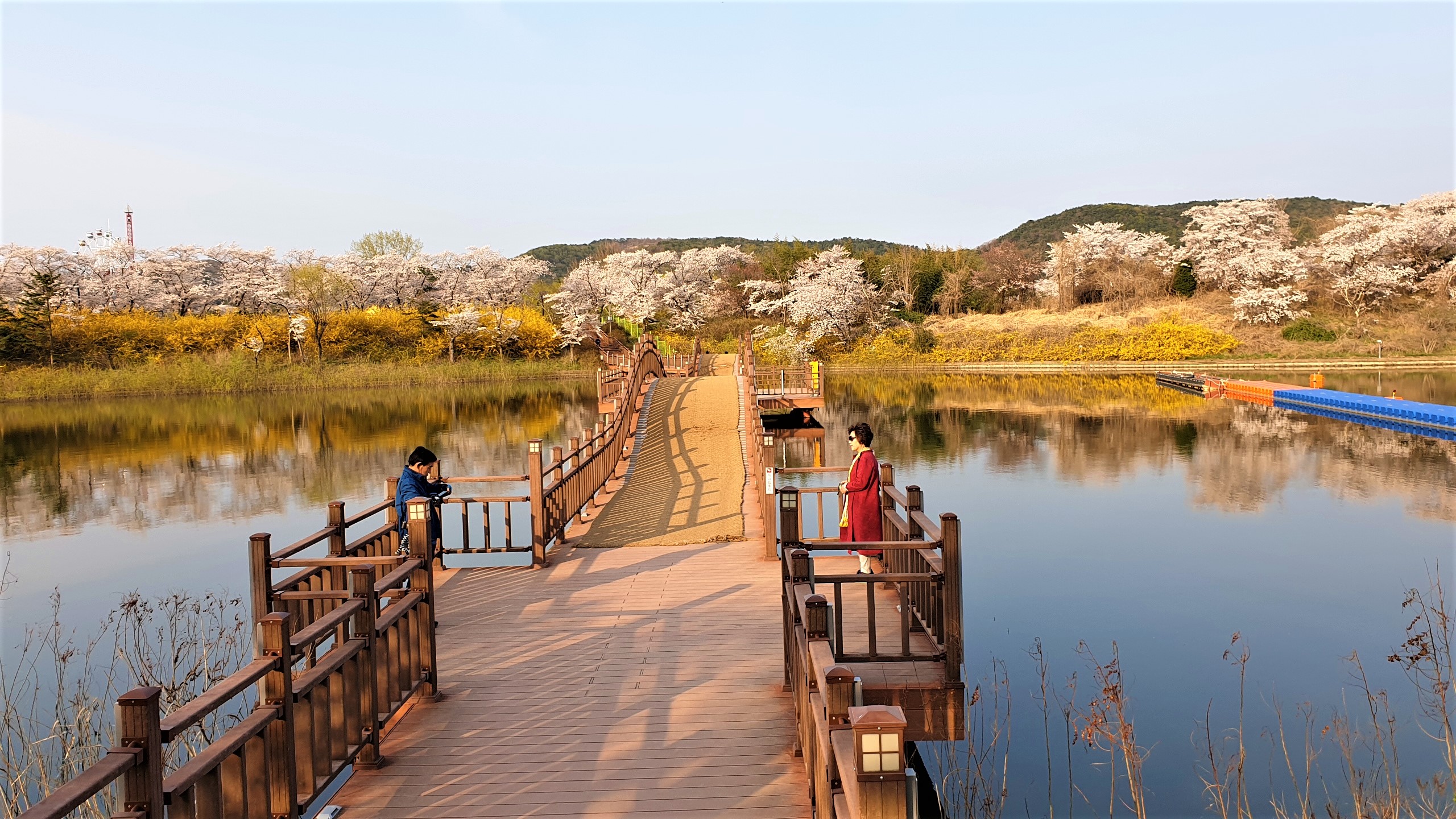 The Gyeongju Cherry Blossom Marathon is organized to coincide with the peak bloom of the cherry blossom season. It is also an event to celebrate the friendship of South Korea and Japan, then along with China. These 3 countries form the largest group of runners taking part and with the rest from twenty of other nationalities, of course we Singaporeans are well represented ! 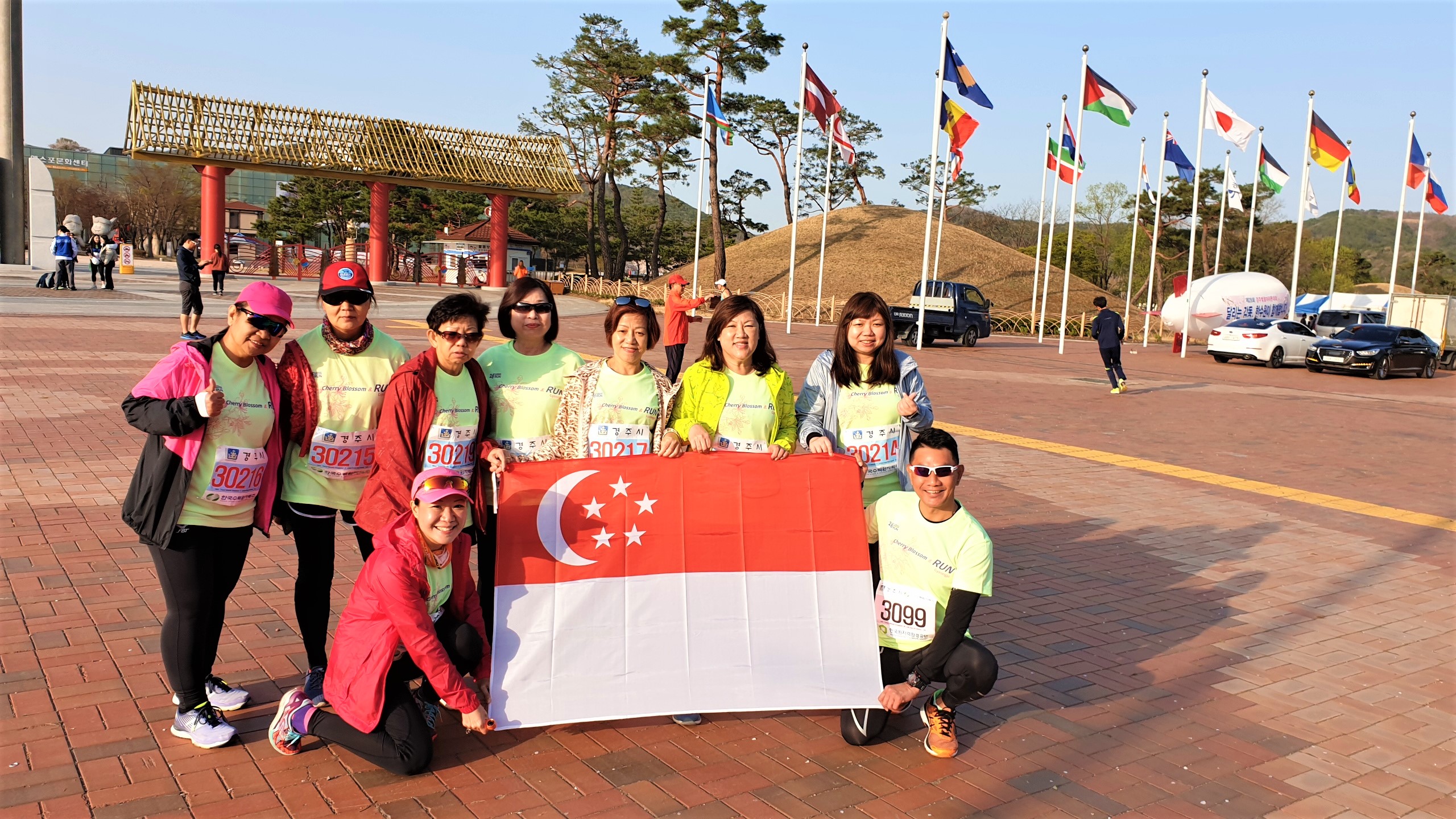 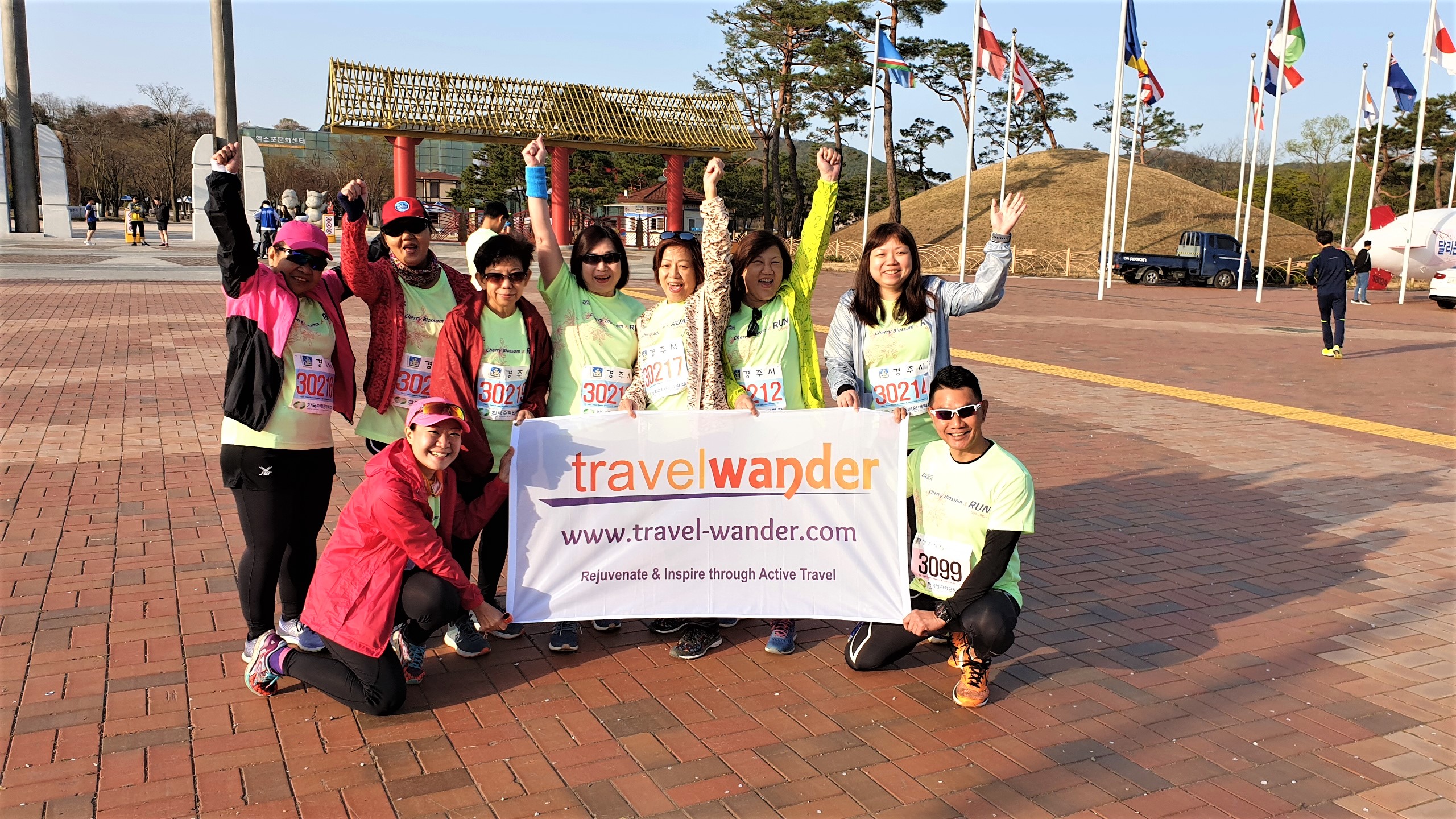 It was a homely affair with adequate security yet the runners do not feel restrained. As the weather is extremely favourable to runners that the event can start at 8 AM without feeling any heat as compared to runs back home where we start running as early as 4 AM for a full marathon. The flag off for the different categories were quick and soon we were on our running route. 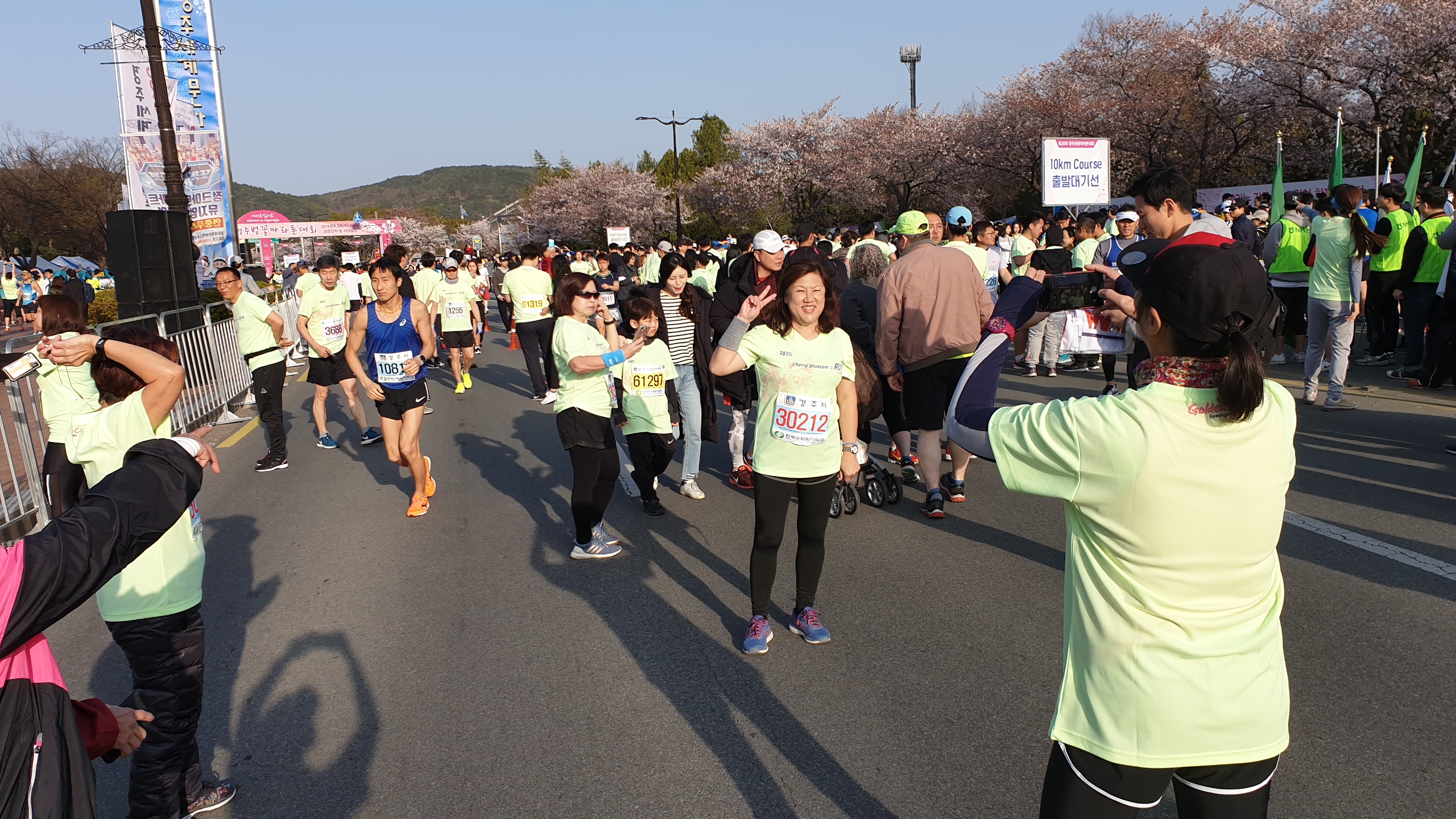 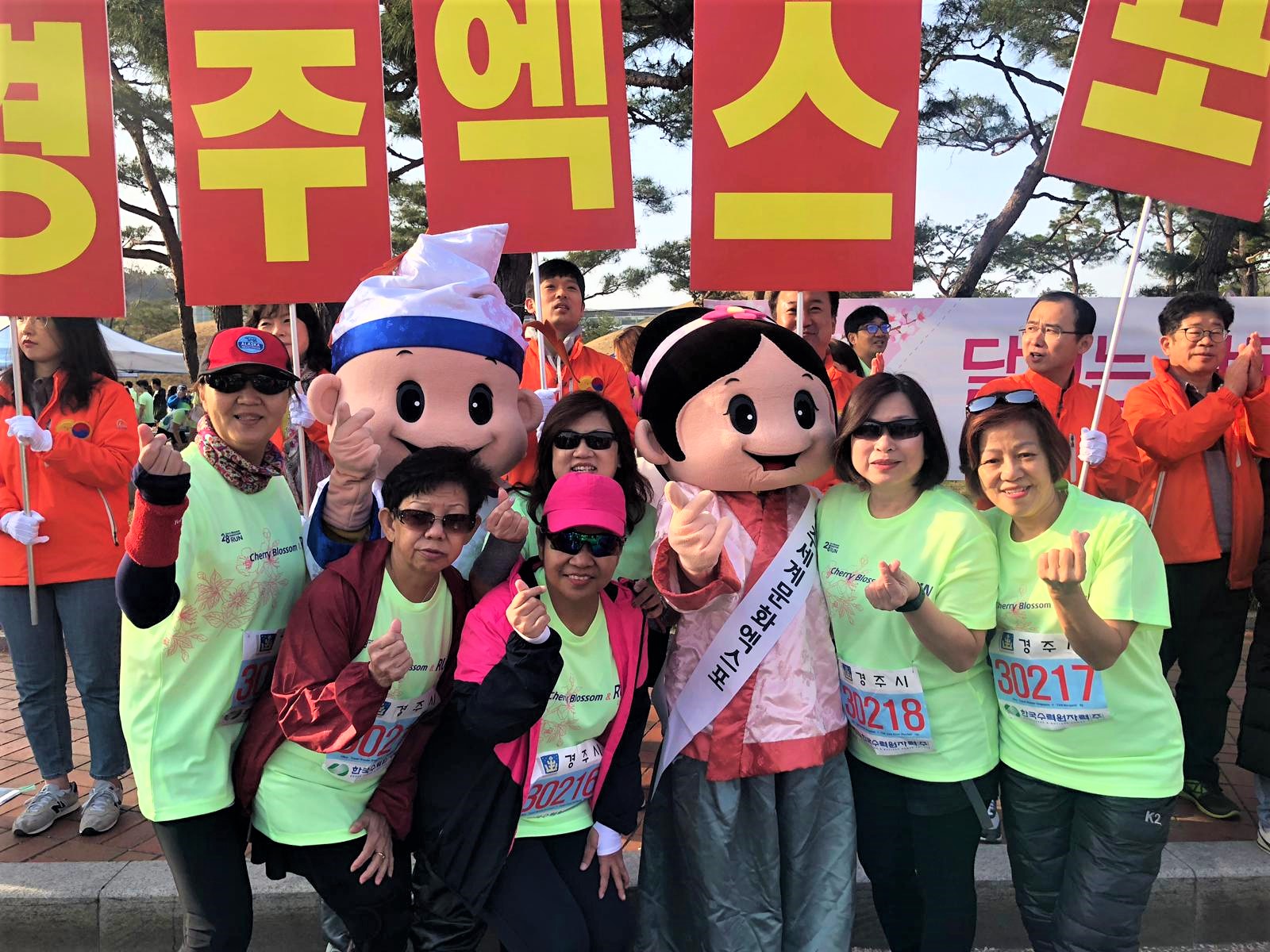 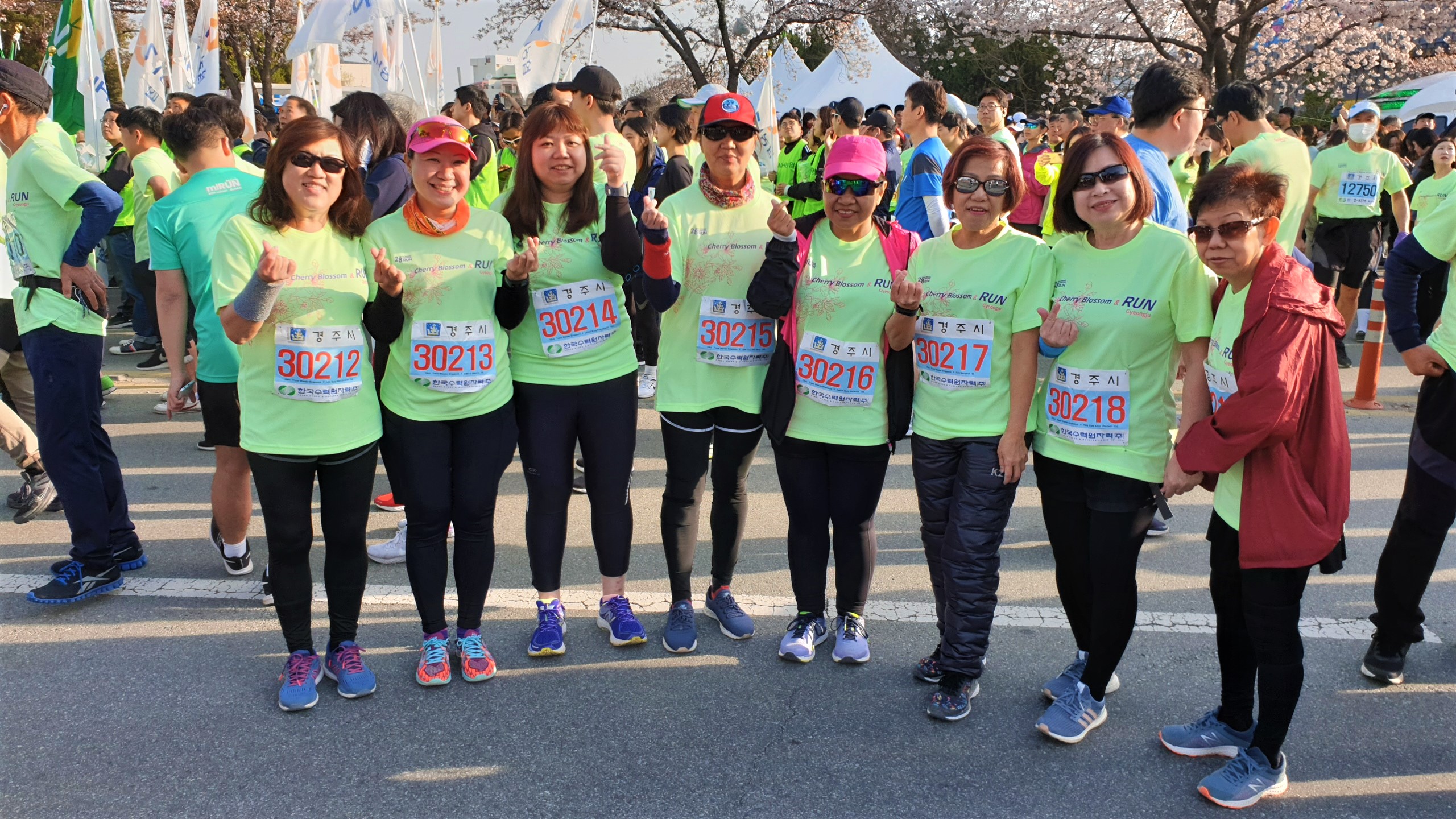 Throughout the entire route run of 10 KM that circles the Bomun Lake, I have lost count on the cherry blossom trees that accompanied me. They seem endless, coupled with the great sunny yet cooling weather and the cheers from the crowds. The run was very enjoyable as I was able to run with a comfortable space as the crowd spread out after 2 KM. I was able to stop along the way to take pictures, visit a toilet and still get to beat my last 10 KM record and clinched a new personal record. 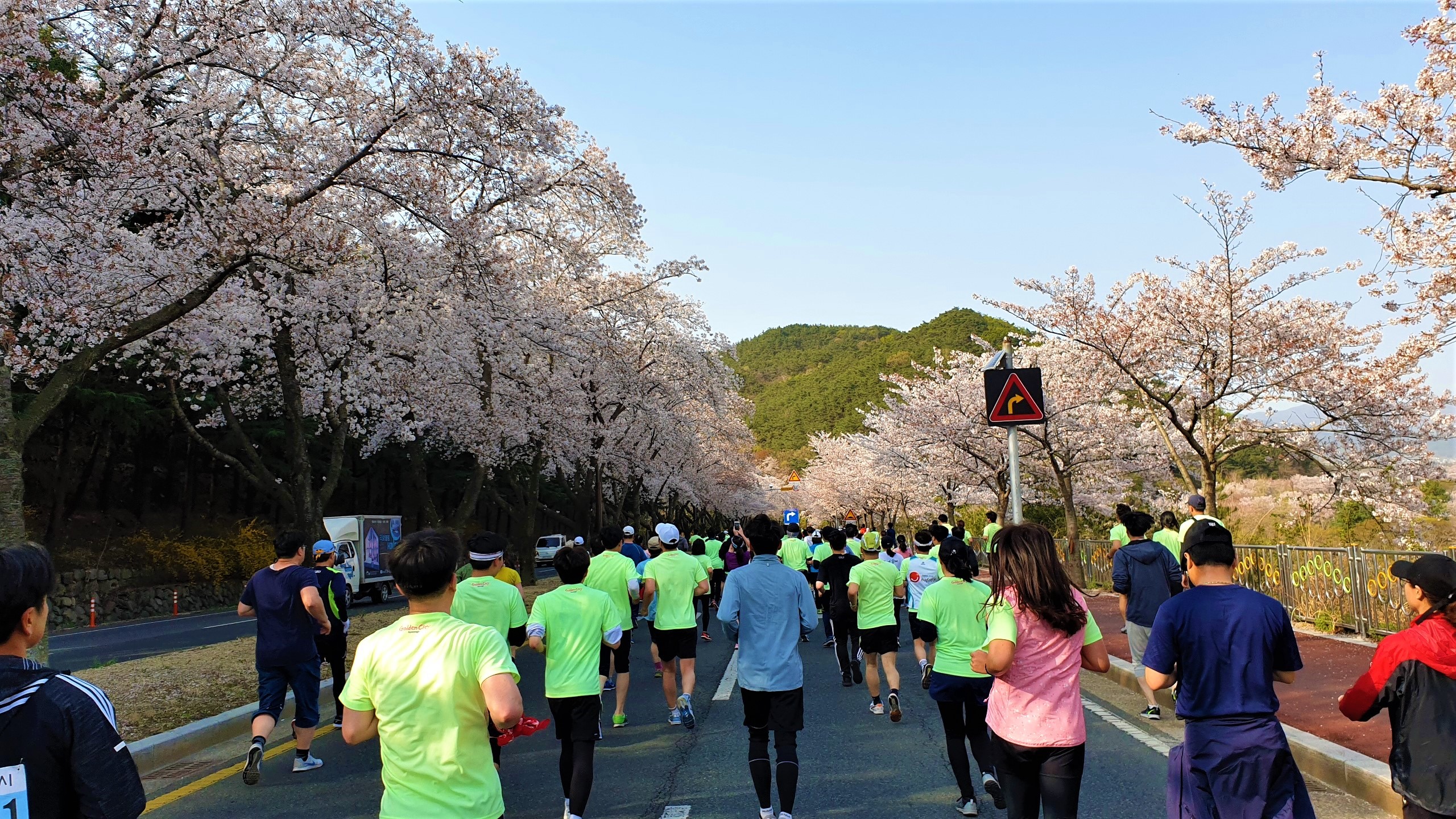 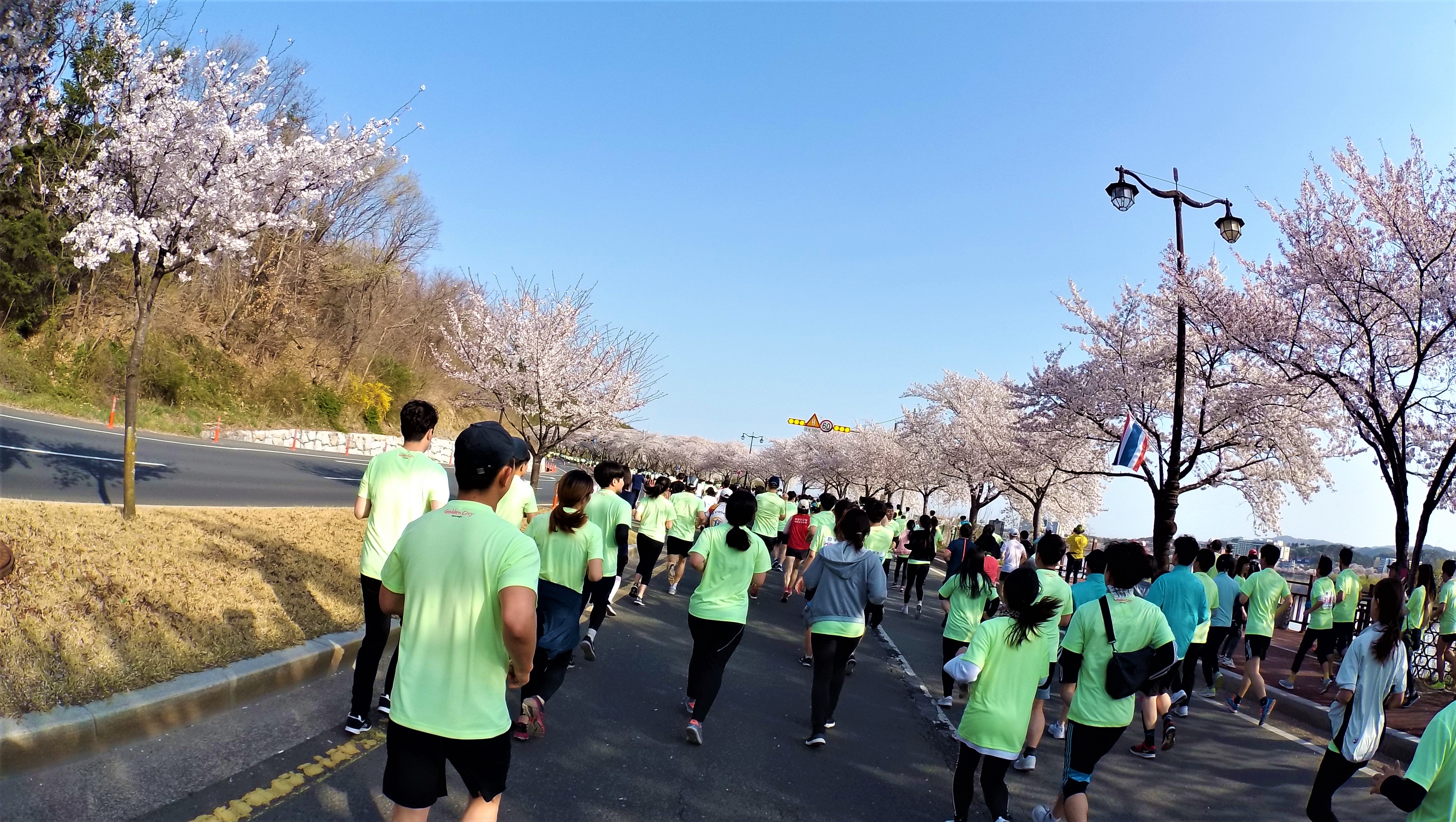 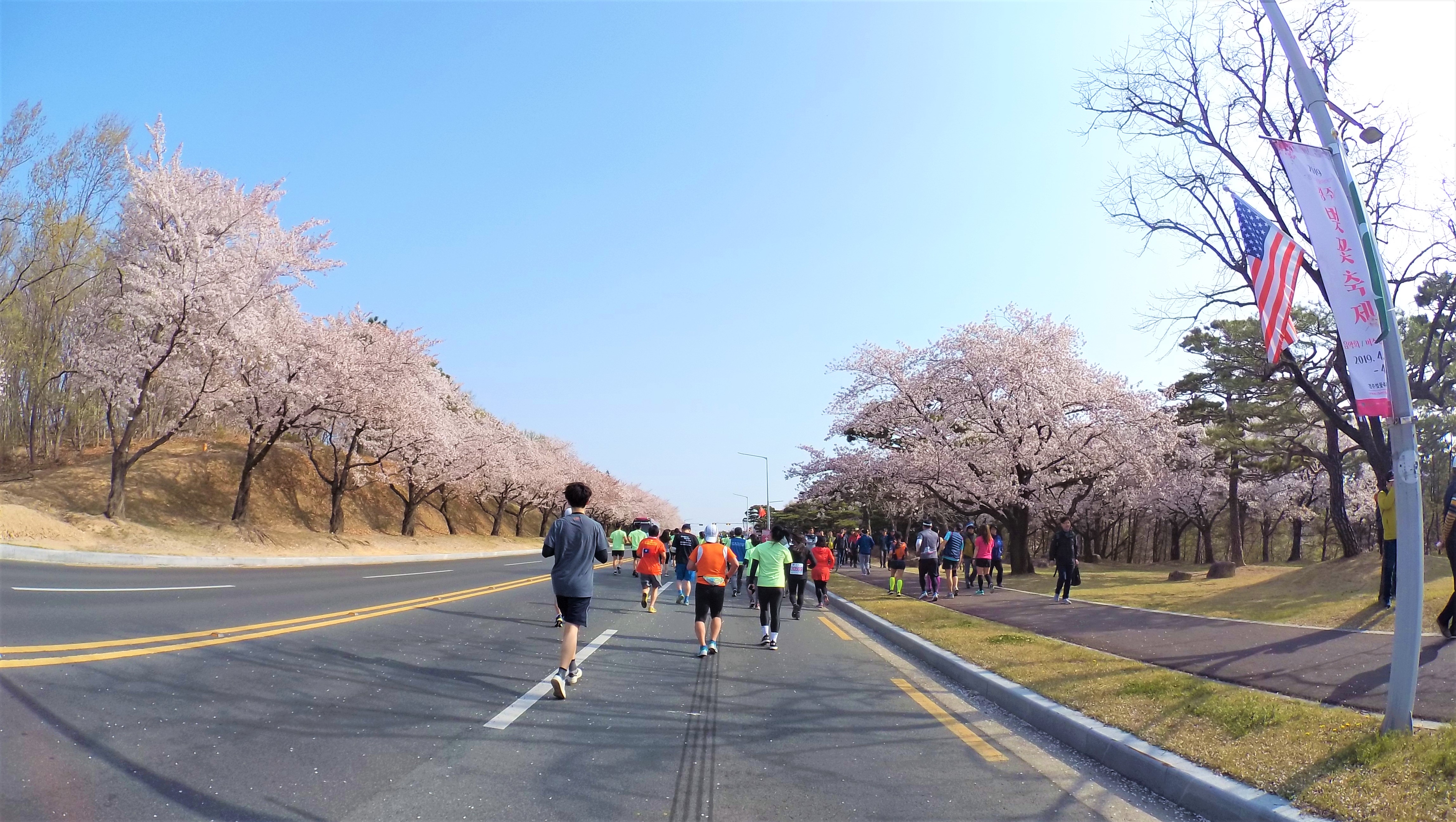 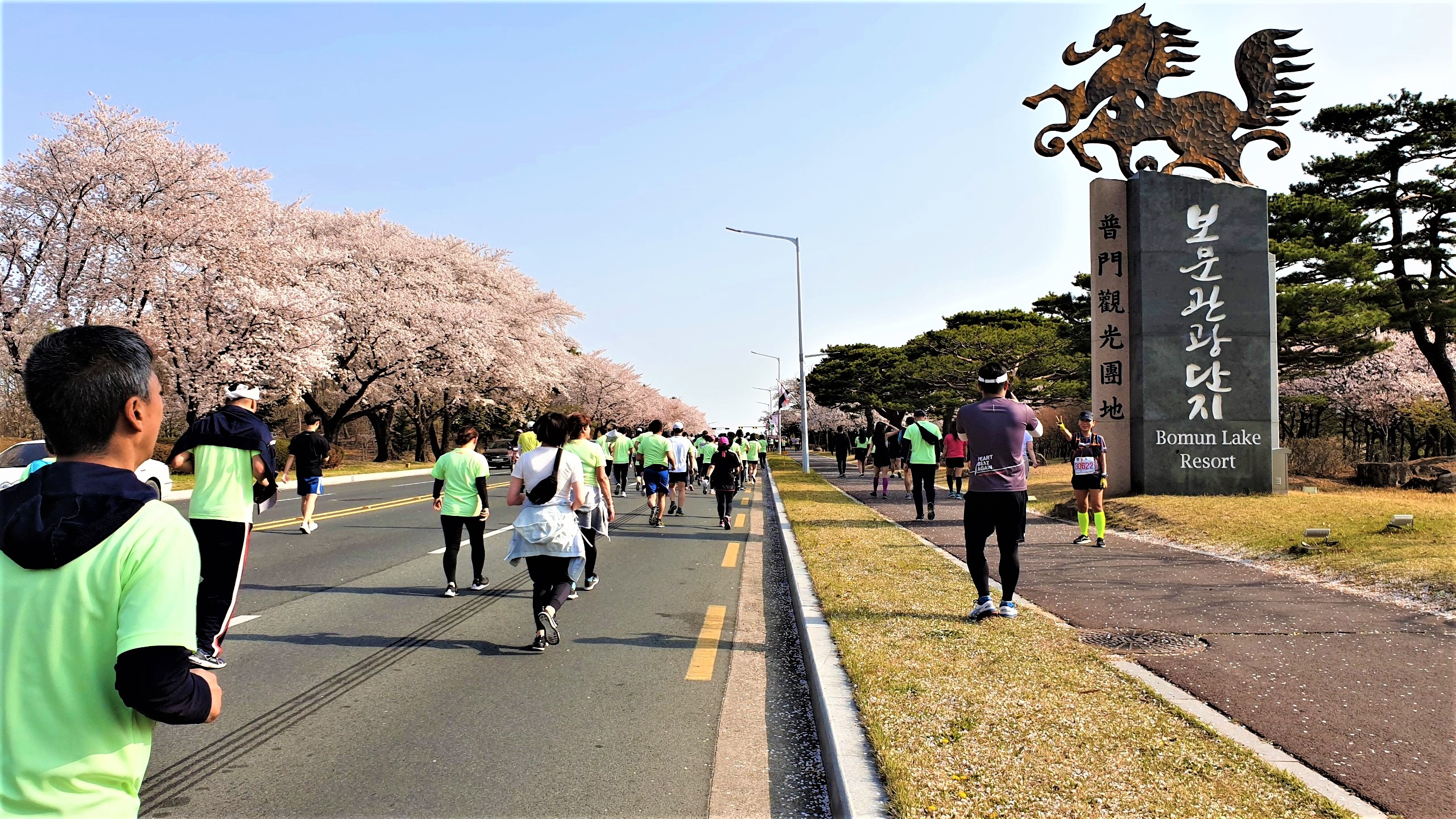 Everyone soon returned and did well within the time each set for self. The atmosphere was relaxed and we were able to take as much pictures, stayed as long we want at the other side of the finishing line. This may just be the only time we were there, so better take as much pictures for memory’s sake. 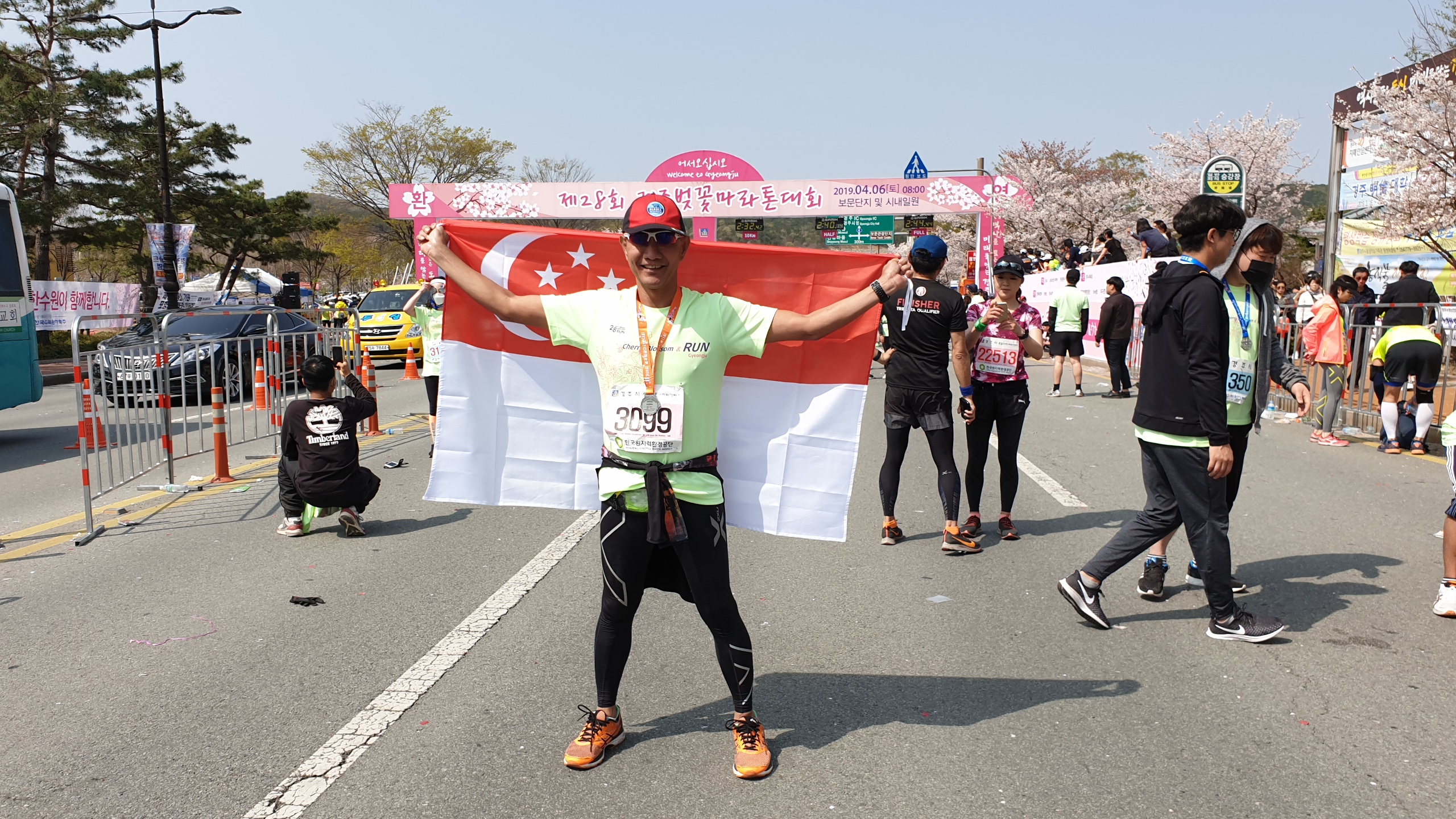 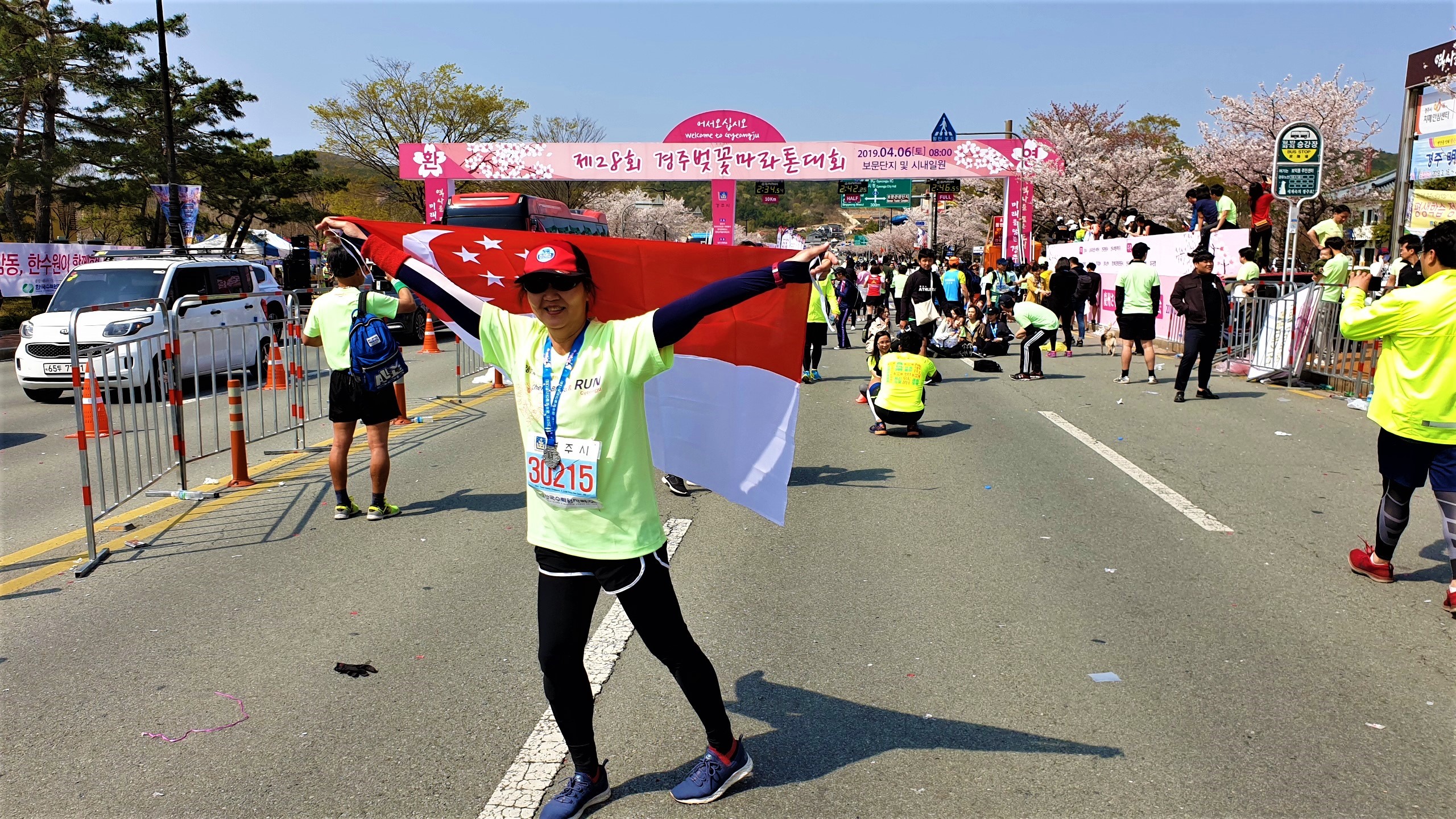 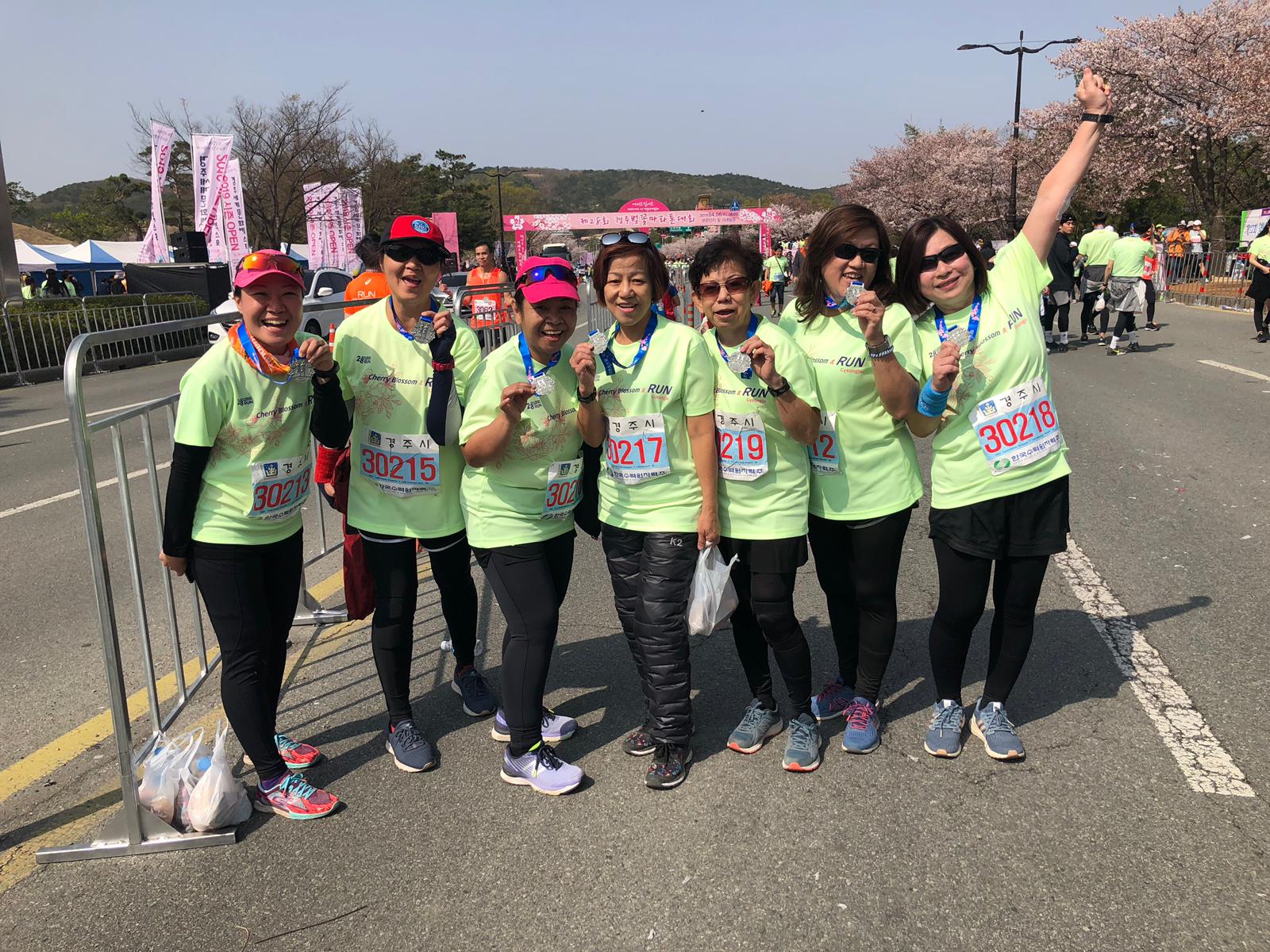 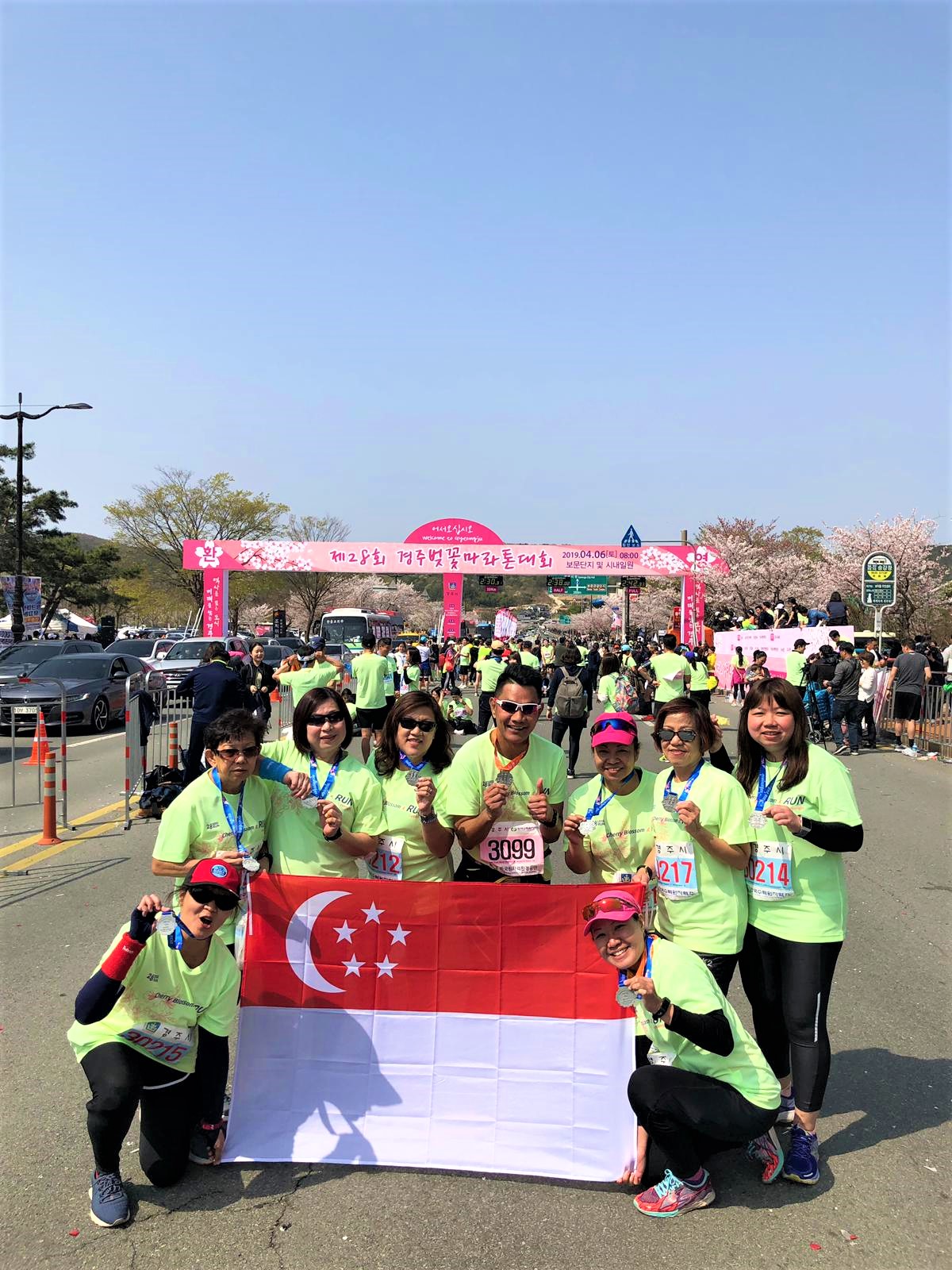 The group continued their run-cation with a soak in a traditional Korean spa, jijimbang and enjoyed Busan for the rest of their time in South Korea. 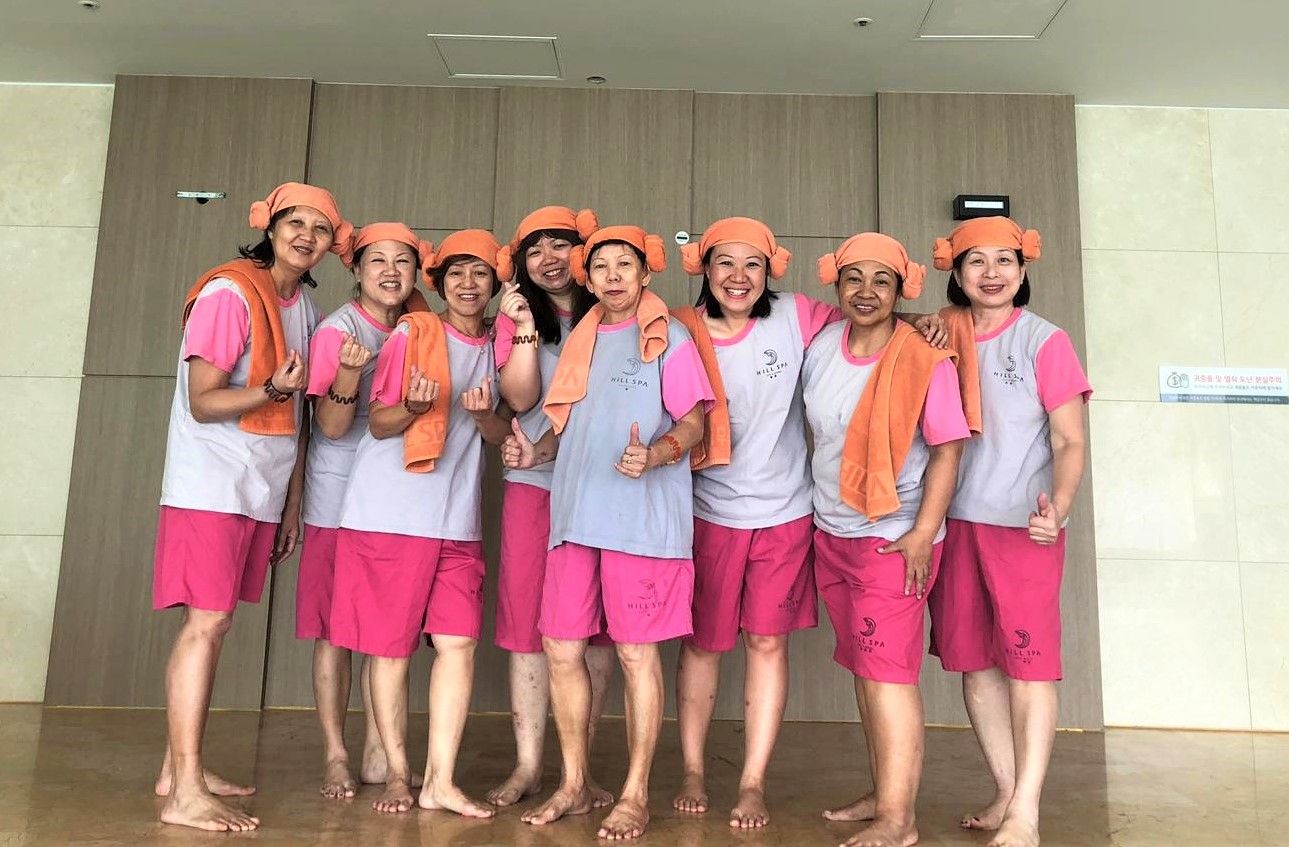 Should you wish to experience a run of your lifetime under the cherry blossom trees too, drop us an enquiry at TWSG@travel-wander.com or simply PM us at +65 8714 3321.